Top 10 Most Expensive Jewellery In The World

10. Briolette Diamond Necklace: This diamond weighs more than 75.36 carats, and it also has another amazing marquise diamond of a purple-pink shade, attacked it. Apart from these, there are many other briolette diamonds of smaller sizes in this necklace, which are set on a white gold chain that weighs 18 carats, and has an adjustable length. It sold for $11.1 million.

9. Wallis Simpson’s Panther Bracelet: It was designed by Cartier Paris in 1952, and owned by American socialite and Duchess of Windsor Wallis Simpson. It was auctioned at $12.4 million, a price estimated to be thrice its original value.

7. Heart of the Kingdom: The Oldest and one of the most respected jewellery companies, Garrard is the manufacturer of this jewellery. It currently has an enormous value of $14 million. The jewellery piece features a remarkable Burmese ruby of 40.63 carats, shaped like a heart & studded with 150 diamonds.

6. Bulgari Two-Stone Diamond Ring: it has two triangular diamonds – one, a vivid blue diamond weighing 10.95 carats, and the other, a colourless one weighing 9.87 carats. An Asian collector took home the piece at $15.7 million.

5. Chopard Blue Diamond Ring: The ring by Chopard features an oval-shaped blue diamond weighing 9 carats, which is set in white gold of 18 carats, along with triangular clear diamonds on the sides. The rare piece is currently valued at $16.26 million.

4. Heart of the Ocean: Gloria Stuart, who portrayed the elderly Rose in the movie, wore this replica to the 1998 Academy Awards. It was created by the well-known jeweller Harry Winston, with a real blue diamond of 15 carats. Priced at $20 million.

3. The Perfect Pink: It priced at $23.2 million. It has a 14.23 carat intense pink diamond, which is rare, due to the singular tinge, and perfect colour, cut and clarity, as well as the fact that less than 10% of pink diamonds are of over 0.20 carats. Besides, in 244 years of auction history, only 18 diamonds were of 10 carats or more. It is flanked on either side by two colourless diamonds, weighing 1.73 and 1.67 carats.

2. The Graff Pink: Private collector Laurence Graff purchased the $46.2 million worth of The Graff Pink, priced at $1.85 million per carat, from its famous creator, American jeweller Harry Winston, in 2010. It has a pink diamond of 24.78 carats, a rare type II colour diamond with the finest rating, designated as one of the greatest diamonds found.

1. L’Incomparable Diamond Necklace: The L’Incomparable Diamond Necklace has the World Record as the most valuable necklace in the world. This diamond piece, weighs 637 carats, with the world’s largest internally flawless diamond as its centre-piece. The Incomparable diamond is yellow in shade, and weighs 407.48 carats, discovered over 30 years ago by a young girl, when it was a massive 890 carat by-product of a diamond mining. It’s Value is $55 million. 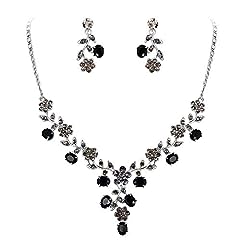 Brilliant flower jewelry set with oval-shaped droplet for bridesmaid or bride. Made of crystals. Wearing this kind of jewelry will make you more eye-catching. It will be an ideal gift for your girlfriend, wife, fiancee, daughter, mother, your special... (as of September 21, 2020 - More infoProduct prices and availability are accurate as of the date/time indicated and are subject to change. Any price and availability information displayed on [relevant Amazon Site(s), as applicable] at the time of purchase will apply to the purchase of this product.) 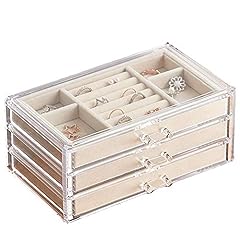 Velvet jewelry box with 3 drawers: Fully lined interior to make it stylish look and provide your jewelry better protection. Rectangle jewelry box with dividers: the various compartments keep your jewelry away from mess-up; easily store different size... (as of September 21, 2020 - More infoProduct prices and availability are accurate as of the date/time indicated and are subject to change. Any price and availability information displayed on [relevant Amazon Site(s), as applicable] at the time of purchase will apply to the purchase of this product.) 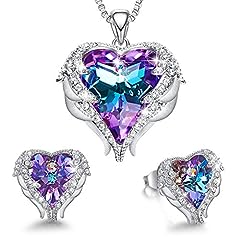 ❤JEWELRY GIFTS FOR WOMEN❤Comes in a solid jewelry gift box. This heart necklace sets could be Birthday Gifts, Anniversary Gifts, Christmas Gifts, Graduation Gifts,Valentine's Day Gifts, etc ❤ANGEL WING HEART DESIGN❤ Mermaid color Heart-shaped stunnin... (as of September 21, 2020 - More infoProduct prices and availability are accurate as of the date/time indicated and are subject to change. Any price and availability information displayed on [relevant Amazon Site(s), as applicable] at the time of purchase will apply to the purchase of this product.) 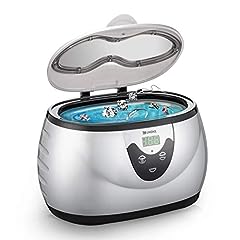 Material Type: Plastic Stainless Steel Included Components: Basket Watch Hold (as of September 21, 2020 - More infoProduct prices and availability are accurate as of the date/time indicated and are subject to change. Any price and availability information displayed on [relevant Amazon Site(s), as applicable] at the time of purchase will apply to the purchase of this product.)

What is the uses of that expensive stones?! Please explain why it is so expensive otherwise that is only a stone that crafted by human and it wont be giving you power when you were ware it in your body!

this is for royalty only even when the time of kings and queens long time gone their jewelry stand alone and the world master pieces. However today jewelers are continue to make outstanding pieces of jewelry in terms of price but they are not meant to be worn it is only for collection display

There are some amazing jewellery pieces here. We are one of the UK’s leading auction houses, holding over 100 sales each year across antiques, coins, medals, jewellery, silver and watches. Please feel free to check out some of our amazing pieces which we have, including pieces up for sale in our upcoming Jewellery auction this Thursday!

nice pieces but i think the queens our more expensive

the heart of the ocean remineded me of titanic

What is the name of the piece of music that is being played?

all that will be on my tab

Oh please this is obviously bullshit…. no mention of the Crown Jewels anywhere, many of them far more expensive than the cheap run of the mill crap featured here. This stuff is QVC at best

i like the background music. what was the title of that music?

Disappointed with this video, did not tell anything about the stones.

Diamonds are so common that it’s really amazing how people have fallen for their prices.

Number 4 : Heart of The Ocean is a falke, costume jewelry

wonderful gemstones however we should not forget about the people behind the scene [ lapidary workshops, goldsmiths and designers]

the heart of the ocean doesn’t exist

It moves too fast. You barely have time to look, and never enough to read.

Beautiful video but it would have been nice if the description included the name of the gemstones on some of the pieces. There were some that had more than just diamonds.

this whole video is bogus. The pictures aren’t the items. The items aren’t the most valuable. No care was taken in the vid and will thumbs down on all made by Fack@Web

idiots will love this .. educated people will know it’s all lies

Too fast try next time slow it